Vog or other Air Pollution got you Down? Maybe you need Molybdenum

Respiratory distress and irritated eyes can be caused by sulfur compounds called sulfites which are present in smog and vog (a combination of volcano smoke and fog).  These are real concerns for some Hawai’i residents, especially children living in voggy areas. 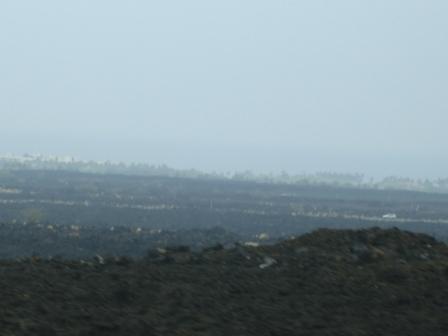 Molybdenum (Mo) is an ultra-trace element (mineral) which is needed as a cofactor to enable certain enzymes in the body to work.  Dr. Carl Pfeiffer, a biochemist and physician who helped run the Princeton Brain Bio Center, felt that sulfite sensitivity may be due to molybdenum deficiency since he had seen consistently low blood levels of Mo in his patients.  Molybdenum is needed to activate the enzyme sulfite oxidase, which changes toxic sulfite to harmless sulfate.  The oxidation of sulfites is necessary to prevent neurological damage and allergic/asthmatic symptoms.  Other Mo-activated enzymes are responsible for some aspects of amino acid metabolism.

Also, be aware that sulfites are added as preservatives to many foods, such as wine and dried fruits to preserve the colors.  Ever heard of someone having a sulfite allergy?  Probably just a lack of molybdenum.

We should be getting adequate molybdenum in our well-grown foods.  However, molybdenum levels in soils or foods are rarely tested.  Because of its importance, this element is included in the Beyond Organic comprehensive soil analysis.  I often see very low (deficient) levels.

In the crop growing world, molybdenum is an enzyme catalyst for changing nitrate (NO3–) to ammonium (NH4+), a plant-useable form of nitrogen.  This trace element also enhances protein formation.  Molybdenum is needed for atmospheric nitrogen fixation by bacteria growing symbiotically with legumes as well as non-symbiotic nitrogen-fixing bacteria.  Molybdenum is used in the conversion of inorganic phosphorus to an organic form and is necessary for ascorbic acid (vitamin C) metabolism.  Gross deficiency symptoms include chlorosis of leaf margins, distortions in leaves and flowering bodies, and decreased fruit set due to less viable pollen.

Ultra-trace elements such as molybdenum and others can be supplied to soil with applications of naturally-occurring rich sources of trace elements such as Azomite, greensand, seaweed (i.e. kelp), and ocean fish.  When soil levels are very low, it is good to supplement the soil with small amounts of a concentrated version of molybdenum, such as sodium molybdate.   Seaweed and fish hydrolysates can also be used as ingredients in fast-acting foliar sprays.

Rejoice!  Help with vog and smog is on the way!  You might just need Mo’ molybdenum!

(Sorry, comments are closed due to spammers.)